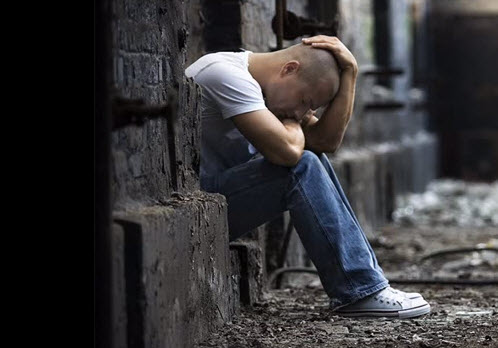 “I have the audacity to believe that people everywhere can have three meals a day for their bodies, education and culture for the minds and dignity, equality and freedom for their spirits.”

We are being told that here, in the United States, we are “in an economic recovery.”

That’s not what the folks working at the soup kitchens, food banks, and shelters are saying.  The number of people coping with food insecurity is not decreasing.  Quite the opposite.  College-educated, middle-class men and women are now very much a part of the “hungry” demographic in our society. I know them.  Hell, I’ve written about them. They are real people, not fictional characters.  Their stories are not embellished.  These are true accounts of their descent into a state of existence that is not only a new and unsettling experience for them, but also one that doesn’t have a frame of reference. Imagine, for a moment, what this must feel like.  When you’ve never been poor or hungry…  and suddenly you are. How do you wrap your mind around it?  What are your coping mechanisms?  More importantly, how do you get yourself out of this rut?  Before making a snap judgment, understand that there is no Dr. Phil quick-fix, one-size-fits-all solution.

We are being told that the economic crisis in Europe is over.

Let’s look at Greece, for example.  In an article from The Guardian, journalist Helena Smith writes “Against a backdrop of record unemployment, and with the country ensnared in its worst crisis in modern times, hardship is surfacing in ways that few would ever have foreseen. Hunger and undernourishment are part of that spectre.”   Xenia Papastavrou, director of Boroume (the leading food bank organization in Greece), was quoted as saying  “In traditional middle-class neighborhoods like Zographou,  the number of those requiring support has gone up from 50 to 500 since 2011.”

It would appear that the “new faces of hungry” is a global issue.

It would appear that the there will be no “Hallelujahs” in our immediate economic future.

I wish I could tell a different story.  Believe me, I do.  But, I can’t.  This is the reality.  You can choose to put your fingers in your ears and chant “lalalalalalala”…  but that won’t change the reality, I’m afraid.

The question then becomes “what can we do?”

I can’t answer that for you. But I can tell you what I’m doing.  Damage control.  People can’t think or function properly when they’re hungry.  So, my immediate reaction is to help people who are experiencing hunger, probably for the first time in their lives.

Kindness. Pass it on. 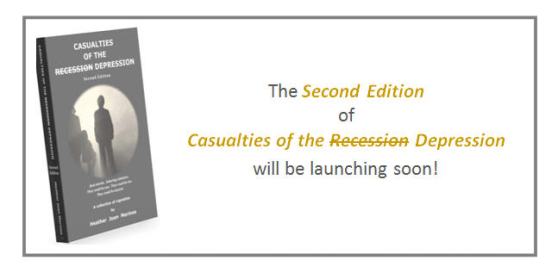 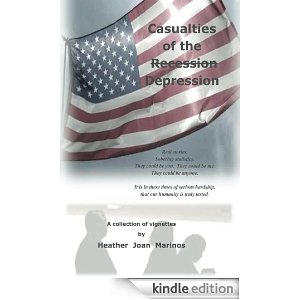 Around the world with Casualties of the (Recession) Depression….
… amazingly, the Kindle (eBook) edition is available virtually everywhere!

Although Casualties of the (Recession) Depression is about middle-class America, the experiences narrated in this book, along with the issues of recession, hunger, joblessness, homelessness… are experiences and issues that have no geographic boundaries.  They are global.  Especially in today’s world economy.

There are approximately 870 million people, worldwide,  who are experiencing  hunger.

Available (in English) through the following worldwide Amazon sites: 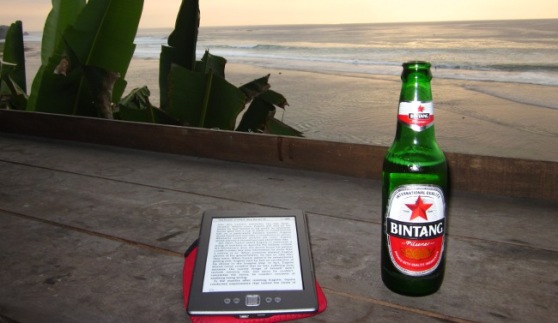 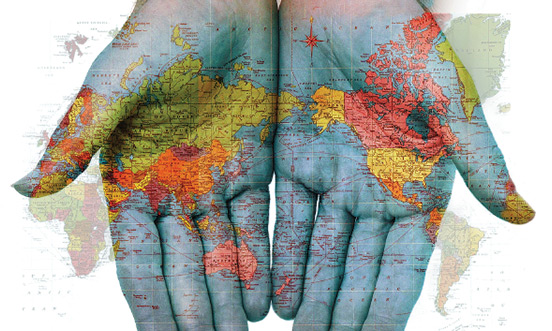 “Those who wish for a more peaceful, just and sustainable world are helping to make ending world hunger a major priority… Together we can end hunger.”

That we, as a global community, could end world hunger is not a naïve notion. No, it is not as far-fetched as it seems, despite the daunting numbers and the amount of time, effort and resources needed to accomplish such a gargantuan task.  As with any challenge of great magnitude, the reasonable approach is (and has been) to compartmentalize the problem into smaller, more manageable components. Since the whole is equal to (not lesser than or greater than ) the sum of its parts,  each “part” (and, by extension, each of the subparts, and sub-subparts) can be (and have been) uniquely addressed.  In this instance, the “parts” refer, of course, to the continents;  the “subparts” are the countries, and “sub-subparts” are the cities, counties or communities.  If it sounds simple enough, experience has taught  us that the real bottleneck lies in the allocation and acquisition of the “time, effort and resources” required to eradicate the problem.  Just how big a problem is it?

According to The United Nations Food and Agriculture Organization:

According to The United Nations Food and Agriculture Organization, there are five (5) principle causes of hunger:

According to Josette Sheeran, formerly the Executive Director (until her term ended in 2012) of the UN World Food Programme and now the Vice Chairman of the World Economic Forum, there are ten new approaches to eradicating world hunger:

For a more comprehensive understanding of world hunger, please refer to the United Nations Food and Agriculture Organization’s report, The State of Food Insecurity in the World 2012.

Ending world hunger… an impossible dream, or an attainable reality?

You know where I stand. 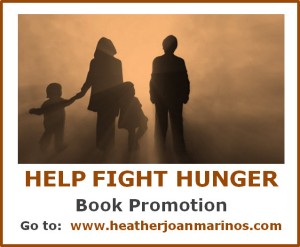