Some great quotes to live by…..

… so, I’m in a philosophical frame of mind these days and for the rest of 2016, my posts will highlight famous philosophical quotes and the philosophers who said them. This month (September), the focus will be on some of the greatest ancient Greek philosophers whose influence and thinking have transcended the passage of time. 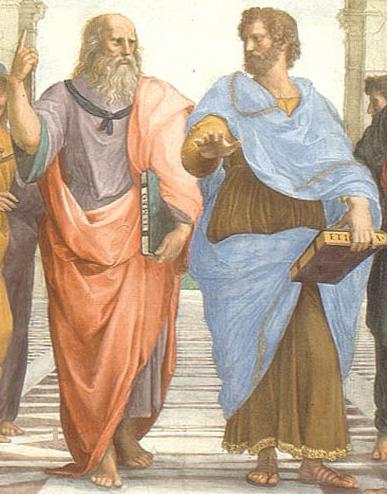 Some famous quotes by “The Teacher” — Plato:

“Be kind, for everyone you meet is fighting a harder battle.”

“In politics we presume that everyone who knows how to get votes knows how to administer a city or a state. When we are ill… we do not ask for the handsomest physician, or the most eloquent one.”

Plato  (427—347 BCE) was born in Athens,  of Athenian nobility. He was the devout and most brilliant student of Socrates, and they became close friends. After the death of Socrates, Plato turned his back on Athenian politics. His most productive works were written in the course of three voyages to Sicily. He began to write the dialogues (writing in the form of conversation) ad this became the foundation of his philosophical teachings. Upon returning to Athens, he founded the Academy – the first institution of higher learning in the Western world. Aristotle became one of his star pupils and closest associate.

Perhaps the most influential philosopher of all time, Plato is known for his usage of dialectic – a discussion of ideas and insights into the nature of reality. And his philosophy espoused cognitive optimism – a belief in the capacity of the human mind to seek and attain the truth, and to use this truth for the rational and virtuous management of  life and government. He believed that all the conflicting elements in society could (and should) be harmonized. Each of these elements will flourish when they coexist in harmony.  The existence of such a balanced society is impossible without virtue.

Plato’s Academy remained in existence for another thousand years. Centuries after his death, his philosophical system resurfaced as  Neoplatonism.

Some famous quotes by “The Student” — Aristotle:

“Happiness is the meaning and the purpose of life, the whole aim and end of human existence.”

“Excellence is never an accident. It is always the result of high intention, sincere effort, and intelligent execution; it represents the wise choice of many alternatives – choice, not chance, determines your destiny.”

“He who has overcome his fears will truly be free.”

Aristotle (384—322 BCE) was born in Stagira (northern Greece). He was the son of Nichomachus –court physician to the Macedonian royal family. Trained first in medicine, he then later went on to study philosophy with Plato (in Athens). Aristotle was a brilliant student, so much so that he questioned some of Plato’s teachings. After  Plato died, Aristotle was not appointed head of the Academy. and so he left Athens for the islands. In 338 B.C.E., he returned to Macedonia to tutor Alexander the Great. When Alexander conquered Athens, Aristotle went there to set up a school of his own, known as The Lyceum. After the death of Alexander the Great, Aristotle opposed Macedonian rule and his rebellion nearly cost him his death. He fled to the island of Euboea, where he later died.

It is believed that Aristotle’s body of written work included as many as 150 philosophical treatises – of which 30 survived. From biology and physics to morals, aesthetics and politics, he wrote prolifically. Although his teacher (Plato) believed ultimate reality was found in ideas or eternal forms, Aristotle saw ultimate reality in physical objects, through experience. But what really distinguished Aristotle from other ancient, medieval and modern philosophers was that, according to him, the universe never had a beginning or an end. It was eternal.  He also believed that change was cyclical. In the Middle Ages, Aristotle’s philosophy was adopted and fused into Christian doctrine, forming a philosophical system known as Scholasticism. Indeed, the Roman Catholic Church embraced Aristotelian thought as its official philosophy.

And the rest, as they say, is history.

READ SOME OF THEIR MOST FAMOUS WORKS:

The Trial and Death of Socrates, by Plato

The Republic, by Plato

The Neomachian Ethics, by Aristotle