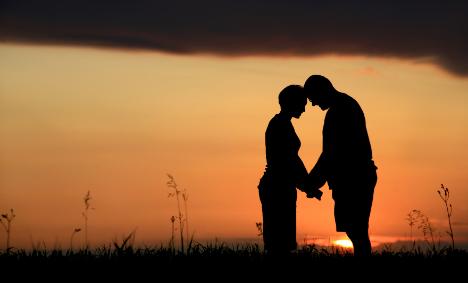 “They thought that attending the baptism of their friend’s baby daughter would be a welcome and much-needed distraction. For one afternoon, they could put all their troubles aside and partake in a joyous and blessed occasion. In the last two years, life had been spiraling out of control. Food and money were scarce. They had lost their car.  They had nearly lost their home.  They needed something to grasp on to.  They needed a little hope.  And so, they thought that participating in a young child’s first Sacrament would remind them of all things good — purity, innocence, new beginnings… Faith.

They gathered up what little cash they had ($58) to pay for the train and taxi that they would have to take.  What would have taken them half an hour by car was going to be a three-hour transit ordeal (there was no public bus route in the area they were traveling to). They dressed up in their Sunday best and began their journey.  When they got off the train, there were no taxis in sight. The afternoon heat and humidity was making their clothes stick to their bodies. They realized that they may have to walk for at least an hour or so, if they didn’t find a taxi. They would miss the Baptism. They began to walk and then spotted a cab parked nearby, hidden by a big tree. The driver was standing by the car.  He was a small, wiry man with dark, wrinkled skin, grey hair and white teeth. But it was his hazel eyes that caught their attention. Or, rather, what his eyes conveyed.  Old eyes (although he didn’t look more than 50) — eyes that had seen much and learned much.  They had one of those déja-vu moments where they felt that they had met him before, that they knew him and he knew them. But, they hadn’t.  He asked them if he could drive them anywhere.  They nodded and asked how much it would cost to get to their destination.  The driver said “$48.”  They told him that they only had $38 left (not enough for either the taxi fare or tip). They had spent $20 on two return train tickets and were hoping to get a lift back (from friends)  to the train station, after the Baptism party.  The driver looked at them kindly and said, “$38 will be fine.”  They were elated and hopped into the air-conditioned cab

They exchanged pleasantries and names. The driver’s name was Mohammed. He was from Pakistan and had come to America to make a better life for his siblings, wife and children.  He hadn’t always been a taxi driver.  Like everyone else, he had been adversely affected by the economic downturn.  He worked long shifts to pay for his children’s’  tuition. He had put his sister through medical school. Education, according to Mohammed, was the key to freedom and empowerment. They agreed. He went on to say that “Faith is what helps us to put one foot in front of the other and carry on, day after day, despite the troubles looming all around us.”  And he looked into their eyes from the rear-view mirror. Everyone was silent for the rest of the ride.

When they arrived at the church, Mohammed got out and opened the door for them.  They shook his hand, thanked him, and once again apologized that they could only give him $38.  He brushed their apologies aside and said “Enjoy your blessed event and the company of your friends. Leave your worries at the door.”  With that, he went into his car and drove away. Feeling uplifted, they smiled at each other and walked, hand-in-hand, into the church.”

― from  the vignette “Faith, a Powerful Tonic” –  Casualties of the (Recession) Depression, by Heather Joan Marinos

This is not fiction.  This book is about real people and their stories – in vignette form.

Hope comes to us in many guises.   The important thing is that we recognize it when it does.

I’m not going to add much more, because I think that the story speaks for itself. Despite all of the domino negative effects that this Recession has had on millions of families – not only in America, but around the world  –  there is always Hope.

This is not a cliché. I can personally vouch for the authenticity of what I am saying.

Image (at the very top) via thelifeweshared.com.